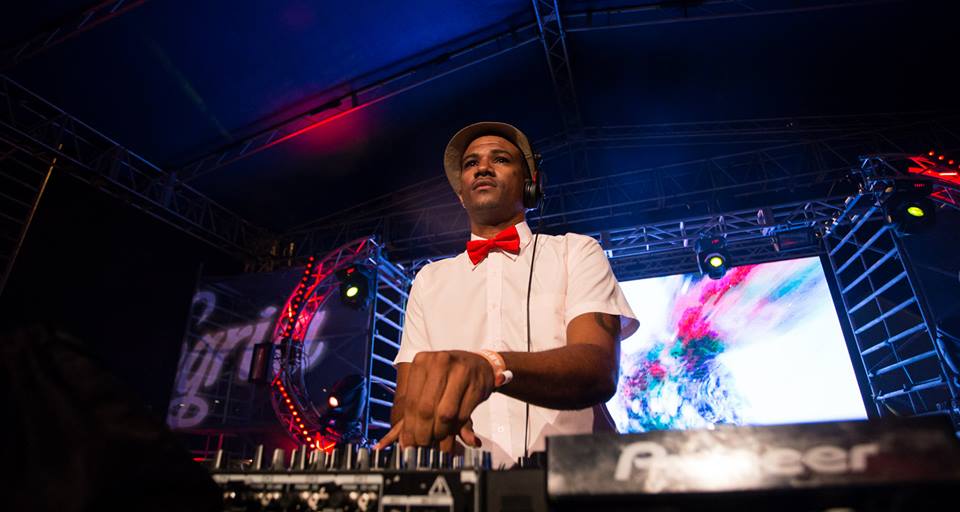 These are interesting times for DJ Natsuj—aka Justan James. This 31-year-old self-made music maven is at the threshold of the professional breakthrough every musician dreams of: signing with a record label.

I spoke to Justan just after he returned from Dancefair (Utrecht, February 2015), and his excitement was palpable. “I’m still reliving the moment,” he said. “It was… great.”

‘Great’ is an understatement. You see, Justan wasn’t supposed to be a DJ at all.

As a child, Justan never knew what he wanted to be when he grew up. “I had this dream of becoming a pilot,” he says. But pilots are required to have perfect eyesight, and Justan started wearing glasses young. “I was always good with my hands. I could draw pretty well, and I used to play guitar. But I was always a quiet child.”

When it came time to decide, he enrolled at UNA in Technical Mechanics and would’ve graduated, with honors probably, if life hadn’t had other plans.

“When I went to parties, I was never the one on the dance floor. I was always next to the DJ, listening to the music and looking at his CDs, always searching for new stuff. I was the chill guy, the observer. I was there for the music, not for the party.” By high school, Justan had amassed a Guiness-record collection of music.

And destiny was brewing.

“I found this mixing software for my laptop,” Justan says. “I started playing around with it, with the huge collection of music I already had, and I started making my own mixes.”

That same year, 2005, Justan participated in an amateur DJ competition. “I didn’t know what I was getting into,” he says, laughing. “I was so new.” So what happened, I ask. He thinks for a moment, then tells me, “I discovered myself.”

DJ-ing is more—much more—than just mixing music. “It’s definitely an art,” Justan says. “Using music as art to control the vibe of a crowd. I feel there’s a lot of psychology behind it, a lot of thinking, a lot of brainstorming. What triggers me the most is people’s reactions. People laughing, enjoying themselves. People that come up to me and tell me they really liked my set. That feeling is priceless.”

After the competition, he told his parents he wanted to be a professional DJ. They said he should graduate, get a job, and do the DJ thing as a hobby. “But I knew the way I wanted to pursue it would require a full-time commitment,” Justan says. “It takes a lot of energy.”

So he quit school. “I don’t recommend it,” he says, “but I’m happy I did it. I needed more time to invest in and develop my talent.”

What about his parents? “It was hard for them to accept it. I told them I might not make it big or anything, but even if I didn’t I still wanted to try.”

What is talent? Something we’re born with? Something we acquire along the way? I don’t know. But I do know this: you know you have it when you’re willing to give up everything else for it. When success isn’t so much the goal but a byproduct, not all that important, of doing this thing you love.